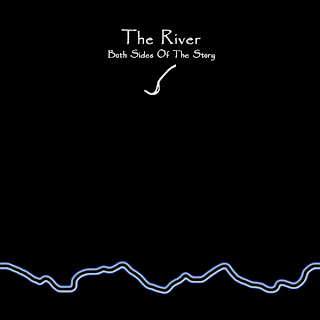 Artist: Marco De Angelis
Album: The River: Both Sides Of The Story
Year: 2013
Label: Self released

Thoughts: Although this is the debut album of the Italian musician Marco De Angelis, he’s far away from being a new face in the musical world.
He spent the last 15 years working as a sound engineer and as a producer for production companies in Italy. He also has his own recording studio and he is a multi-instrumentalist playing the guitars, Chapman stick, bass and keyboards.
His first album The River: Both Sides Of The Story (2013) is a conceptual piece of work that deals with the duality in life.

The album runs in a more modern approach to Prog but very often having a Neo Prog feeling to the music.
It is also very different when it comes to styles, one can’t really say that Progressive Rock is the main goal here. In my opinion, the goal of the album is to pass the message in a dreamy bed of sounds and not really focusing on being Prog Rock.

The singer of the album is Marcello Catalano and he does a very good job throughout The River: Both Sides Of The Story (2013) with good vocal lines.
And though there are plenty of very good songs and bits on the album with catchy Prog moments like the great opening track ‘Tell Me Why’, the Neo Prog ‘Black Stare’ or in the Pink Floyd influenced moments like ‘Regrets’ and ‘Take It Away’ I had a hard time to label The River: Both Sides Of The Story (2013) as a Progressive album.

On the other side of the album there are plenty of Pop oriented tracks, that aren’t really bad songs but one expecting a Prog album can be disappointed.
Being a Prog Rock website when I receive a CD I’m expecting it to be Prog Rock and when it comes to this album half of the songs is not quite there as in ‘One Love’, ‘Snowbound’ and ‘This Time’.

Marco De Angelis wrote a good album, it’s also well played and has great songs. The problem for me is the aforementioned fact: I expect  Prog albums when receiving a CD to review so it’s quite hard to write about albums like The River: Both Sides Of The Story (2013).
The album has numerous Prog moments as I mentioned, but I wouldn’t mark it as such. It lacks a more intriguing and profound sound, perhaps some daring moments in the compositions would do.

Having explained this, The River: Both Sides Of The Story (2013) is a good album, it’s just not Prog enough for my standards. If you like a good mix of Prog Rock and Pop Rock with a big Neo Prog accent you’re going to love it.
Now, if you’re searching for a more complex sound, seek somewhere else, this is not for you.

In time, mentioning the booklet of the CD is needed, it’s a great fat booklet with high quality paper that reminded me of many of my 90’s CDs.